I’ve got nothing against the bucket list concept. In fact, I’ve had about 85 versions of my own going for the last 15 years. It’s good to have goals. As I move through and cross items off though, I can honestly say that it’s not always a good experience… Certainly, it never turns out the way you dreamt it.

A bucket list is a contentious thing. When you’re sitting at home, dreaming one up, you run the risk of romanticising places that you’ve probably only seen briefly on television or in the pages of glossy travel guides, or online. In my experience of writing bucket lists, and of talking to other people who are trying to tick items off theirs though, one thing I’ve noticed is that we often fail to account for what the actual experience is going to entail. We’re focusing on the end game, rather than all the steps in between and this can be an error in judgement. Often that end game, that is, the moment when you’re at ‘the place’ that your bucket list item is centred on, is only very brief. The road to that point however, very long. 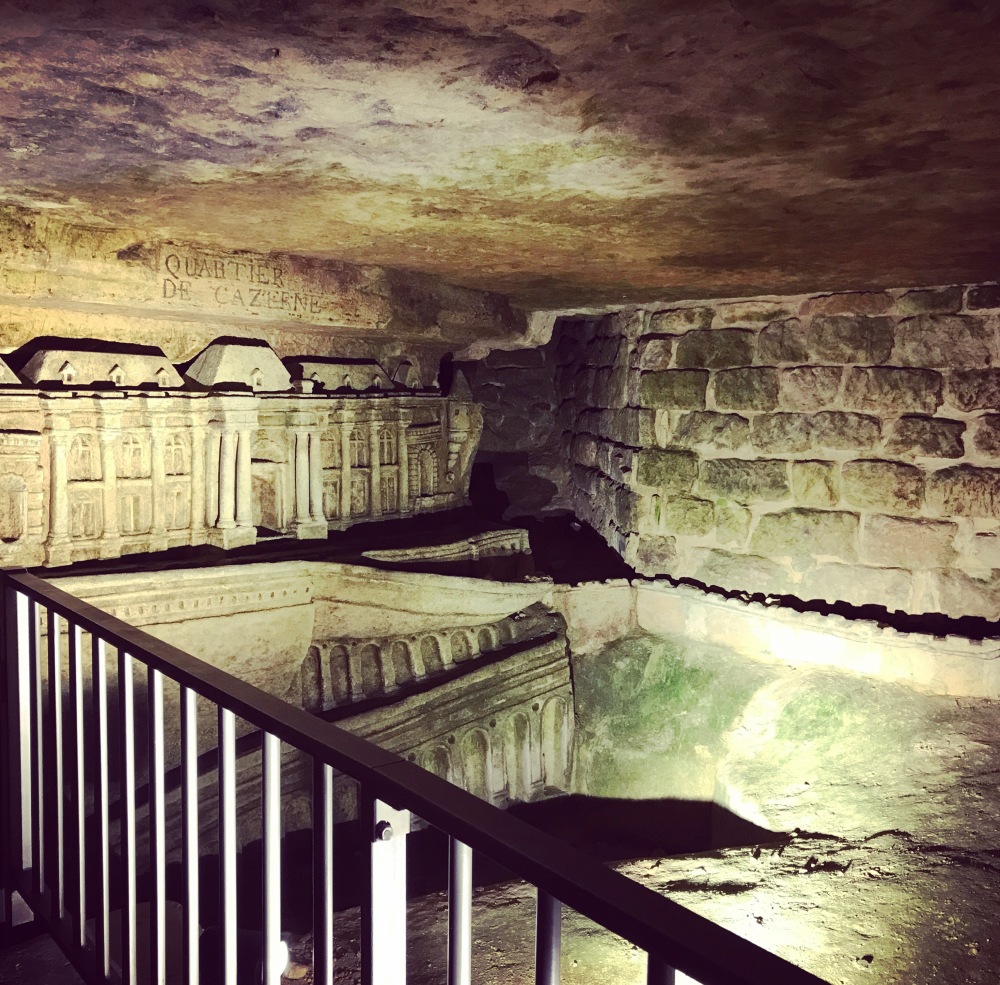 I remember reading an article in National Geographic many years ago. It was called ‘Under Paris’ and was about the Cataphiles (a secret society of urban rebels who are quietly exploring the hundreds of miles of underground highway that is the Paris Catacombs). It was the most stunningly beautiful, darkly enticing thing I had read in a long, long time. Safe to say I was obsessed with it. I tore that article out of the magazine (which was in the dentist’s office) and I carried it around with me for months (I think I even still have it somewhere), just daydreaming about what it would be like to sink beneath the urban sprawl of Paris and into a world which has been largely unknown and unseen for centuries. At that point in time, I hastily scribbled ‘Paris Catacombs’ onto my bucket list. I didn’t know how I was going to get to Paris or under it, I just knew that one day my journey would take me there. Now that it was on the list, it had to.

Flash forward a decade and, through circumstances still surprising to me, I am in Paris and queued up for a guided tour of this underground wonderland. It was that sweet, sweet moment that I was finally going to get to cross an item off my bucket list…. Only, the reality didn’t really match up to the fantasy. Even as I stood there, I knew it.

See, first of all, and as with anything that gets bastardised by consumer interest, having an organised tour of a place that is supposed to be ‘secretive’ and ‘out of bounds’ is itself ridiculous. I knew this, even as I bought the ticket, but it seemed like the only option I had, since I don’t know any genuine cataphiles or how to find one.* As soon as I got to the meeting point for the tour group, it became apparent that this was not going to be an authentic experience and, more than that, had no pretensions about being one. This was going to be a colour coded, highly regulated wander down some tunnels, most of which had been cleared of debris and organised into a suitably macabre and yet totally PG attraction. 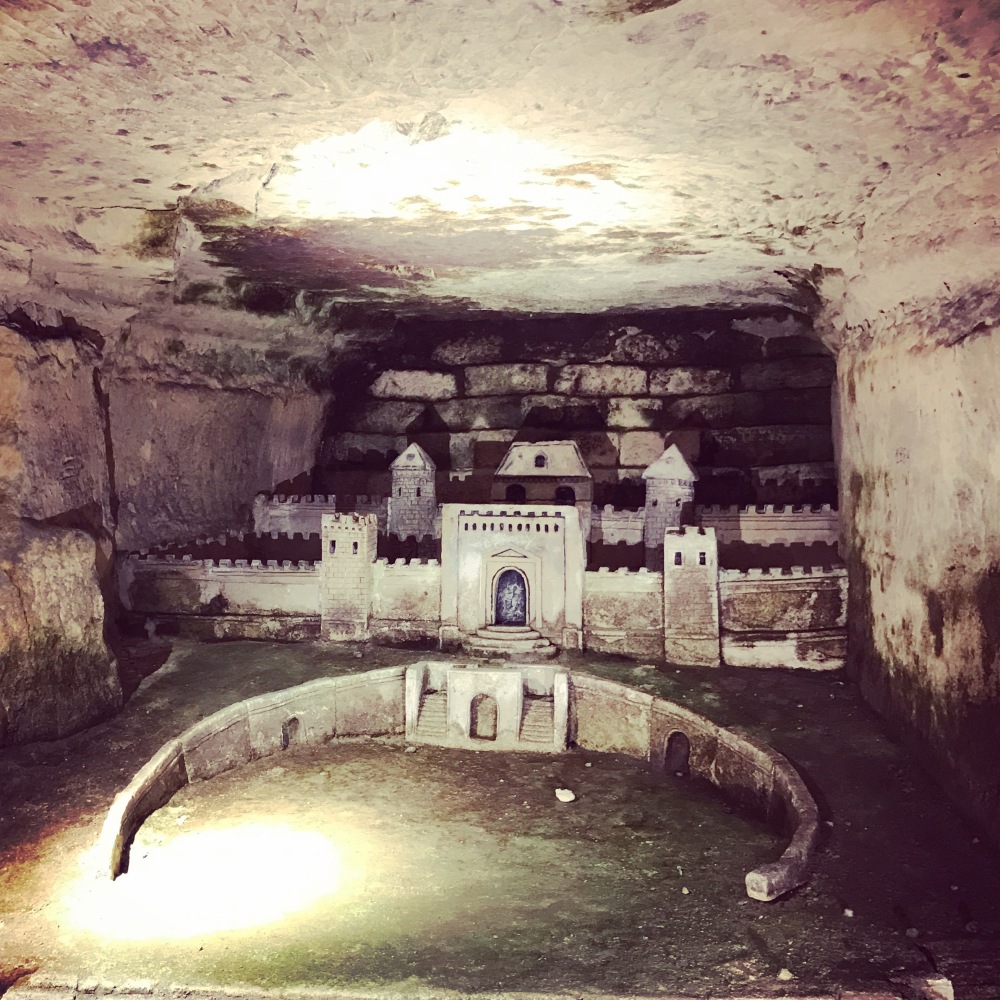 Secondly, and I can’t believe I am saying this, being on a guided tour killed any possibility of genuine discovery. Being a trained historian, I usually love talking to experts about the history and legend of an historic site. I find it deeply engaging (obviously) and it makes the experience of being there so much richer. In this instance though, I felt that it was more of an annoyance. I’d have been far better served if I’d just been left to explore (on my own) for 2 hours

Third, confined spaces. Now I know you’re thinking ‘well, duh!’ and yes, you’re right. Obviously, it’s going to be confined, I guess this links into the point above, in that jamming a tour guide and 30 odd tourists into the space just made it more stifling and less mysterious.

And finally, the catacombs themselves – specifically the ossuary. This is where the site and the tour were the biggest let down. See, to my mind, the catacombs were a place of wild abandon, a place where people who wanted to escape the urbanism, the consumerism and all the other ‘isms’ of our modern world could escape into a bygone era. It was merely about bones. Despite being under the city, it was actually supposed to be about a kind of freedom. Bones were all I got though and, to be honest, once you’ve seen fifty femurs, you’ve seen them all. Yes, there are skulls, plenty of skulls, probably enough for everyone to try and sneak out with one tucked into their hoodie, but at the end of the day to distil the catacombs down to some skulls and some cleverly stacked bones is to do it the greatest disservice…

…on second thought, maybe the second greatest. The greatest is reserved for plonking a gift shop at the end.

Overall, I am happy that I went but I’m also going to warn any of you that are thinking of going to proceed with caution. If this is a passing interest, sure, go for it; but if you’re really into the mystery and the discovery (or the magic if you prefer) maybe this is just going to kill it for you. Ultimately, I feel that I’d have been better off meeting the tour guide for coffee (he was really enthused and very knowledgeable) before heading underground to explore on my own. The catacombs, like a lot of truly unique experiences, are only attractive because they are, unique. There’s nothing that I find quite so spirit breaking as being disappointed when the veil of wonder is lifted from a location that you’ve been frothing over for years, and all that’s left beneath it is something that’s a hollow interpretation of your imagined original. If you’re someone (like me) then that’s been stewing on the Paris catacombs, I would say buyer beware.

I guess we can make a debate here for whether certain sites should be tourist attractions at all. It’s certainly a compelling discussion topic and I am not entirely sure which side of the fence I would be on – but I’d love to hear your thoughts.

*if you’re a cataphile and you’re reading this, hit me back in the comments. Next time I am in Paris we can catch up for a genuine exploitative experience. You can turn this attitude of mine around!

(This post originally appeared on https://steemit.com/bucketlist/@bluejack7/morbidly-curious-the-paris-catacombs – it’s still written by me though… and look, no one over there read it, so hopefully you will.)